As a follow-on from the previous post, which described the creation of Microsoft Word documents from molecular datasheets, the next logical step has been completed: likewise, for Excel. The new functionality is currently available via the molsync.com web interface, e.g.: 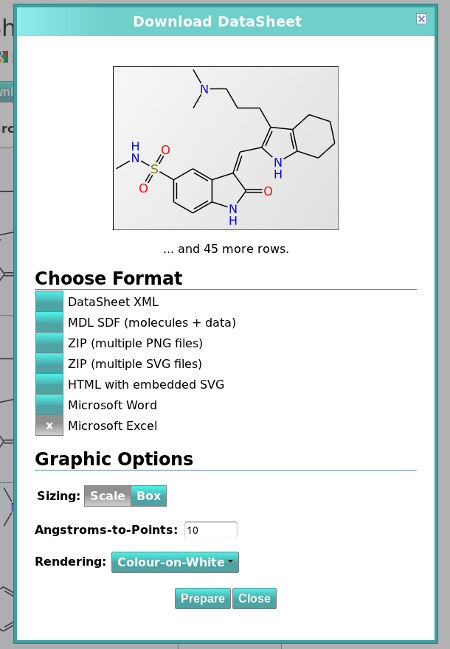 Once the document is prepared, it can be downloaded, and opened with Excel:

As can be seen, the tabular nature of the datasheet is carried over to the spreadsheet. Molecules are represented with vector graphics, which are associated with the cell, which has been sized to fit.

At the time of writing, Excel spreadsheets can only be accessed through the web interface, which includes documents that have been tweeted from MolSync. The previous feature – creation of Word documents – is going to be unveiled in several mobile apps, which are currently waiting on the AppStore. Creation of Excel spreadsheets from within apps will follow soon after.